The Anniversary Trip That Barely Was! 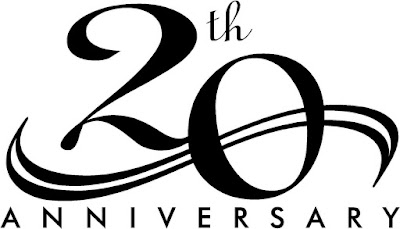 On December 1st my beloved and I celebrated 20 years of marriage! To say that I feel blessed is an understatement and I thank Papa so much for allowing me to marry such an amazing man. Anyway, enough mushy stuff...
We have planned, for quite a while, to get away for 5 days to the mountains of TN and NC to a cabin and a really swanky resort. A trip like this takes a lot of creativity, planning, maneuvering, bribery and other forms of coerciveness with 2 certain wonderful sets of grandparents! ;O) We had it worked out that Tim's parents would come and stay with the kids and my parents would help run shuttle service as the needs arose. All was planned, the bags were in the process of being packed and the fun began.
Rachel had been sick over Thanksgiving, but she seemed to be feeling better or at least well enough in her mind to go to the Falcons game! (The wisdom in this is still being debated! ;O) ) The day before we left Chubby started feeling badly and by that night he was crying and begging us not to go. Nothing makes a mama feel more like "Mother-of-the-Year" material as planning to leave a child with a high fever who is begging you to stay. Fortunately, his fever was down and his tears had dried by morning and we determined it just might be safe to leave.
In hindsight, it might have been God's way of giving us a window of opportunity to slip away. He may or may not want to take credit for our getaway, though, since I had vivid flashbacks to the AirTran commercial (I think that was it) that featured the parents handing the screaming twins to the grandparents at the door and making a mad dash to a waiting cab. We did merely take a leisurely walk to Tim's truck, but the effects were similar.
I am not sure we had gotten on the interstate very well when we got a call that Caleb was feeling ill. We got quite a few calls that day in fact and, to my mother-in-law's credit, most of them happened when her back was turned. There is something to be said for the days of no cell phones because it made it much easier to flee the scene, but alas it is nice to know you're loved and needed.
I'll spare you all the gory details, but suffice to say the next 3 days included 4 sick children, one well child who felt left out that she was the only one NOT sick, high fevers, bad coughs, flat tires on a child's car, one house belonging to the in-laws with a break-in attempt while they were at our house, storms and HIGH winds on a mountaintop in TN, fog that prevented a trip home on Tuesday, countless phone calls and us finally returning to 5 very relieved children and 2 even more relieved sets of parents!
4 children tested positive for flu and have various other complications and I am back on a heavy duty antibiotic to try and kick this bronchitis that is lingering. The good news is that it is a medicine for anthrax victims so if any of you have any suspicious white stuff show up in your mailbox then give me a call cause I'm your girl!
When we called to tell the children we were coming home early they tried to act at least mildly upset that we were to miss our grand anniversary finale at the Grand Bohemian Hotel in Asheville, NC. After expressing his condolences on the death of our dream of a romantic dinner for 2 and breakfast in bed the next day, Chubby attempted to make us feel better by saying,
"Well at least you'll get to spend your anniversary with the 5 people who love you most in the world!"
Ding, ding, ding, ding...Score "1" for the home team!!
Dinner that innaugural night of our 21st year was chicken noodle soup that I threw together when I got home before I flew out the door to take the kids to the doctor. The kids did splurge and put candles on the table for us and they covered clean up. It will definitely be an anniversary that will forever live on in the Cash chronicles as one of the most memorable and, for any one who may like to see...
We almost got to stay here!!
http://www.bohemianhotelasheville.com/photo_gallery/photo_gallery.asp
Through it all, the gentle sound track the Lord allowed to keep playing in my mind was Trace Adkin's, "You're Gonna Miss This". Since we really will miss these days once they're gone, it seems rather fitting to close with it...
Posted by Barb at 12/03/2010 08:09:00 PM