I learned so many things while we were in Israel! So many spiritual truths and things about myself and so many historical facts that I felt like my head might explode at times trying to process it all. One thing I learned early on in the trip really blew my mind, though, and I found myself thinking on it a lot during the rest of the trip and since I've been home.

I learned about "loopholes". 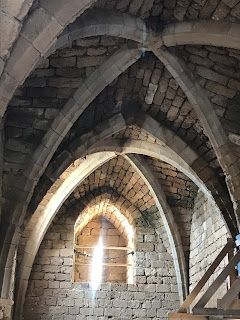 This was the first loophole I saw and was when my mind was initially blown. Maybe I'm just a geek and no one will find the concept as fascinating as I did, but I'm going to attempt to explain it anyway. First let me share the initial definition of loophole...


: a small opening through which small arms may be fired: a similar opening to admit light and air or to permit observation


So tactically speaking a loophole is a small hole someone who was engaged in battle would slip their weapon through in an attempt to ambush the enemy while being protected from reciprocal fire. They were able to see out of it while remaining hidden and safe. 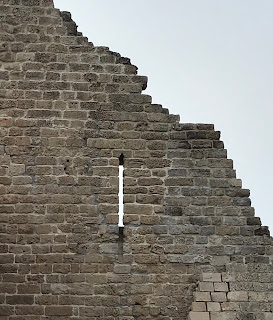 Once I was made aware of what these openings were, I began to notice them virtually everywhere we went. In a country which is currently known for its political and religious turmoil, it was amazing to recognize that there's not much new under the sun and this is obviously a centuries old problem. 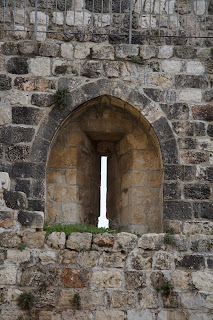 There were loopholes in the cities, in the country and even on top of a mountain in the ruins of an ancient palace. 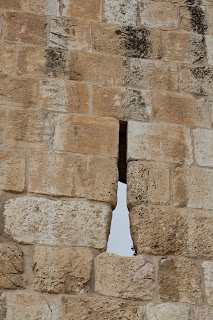 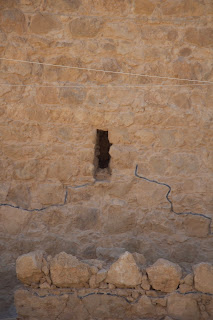 : a means of escape; especially : an ambiguity or omission in the text through which the intent of a statute, contract, or obligation may be evaded

Loopholes...ways we try and get out of commitments and covenants with no (or at least minimal) damage to ourselves or our integrity.

The problem with loopholes is that very often others DO get ambushed in the process and there IS much collateral damage. The other misconception about loopholes is that we can evade our commitments and all will be fine, but it is always with great detriment to our character and our integrity. It may seem like we get off scot-free, but there are lasting implications that cannot be avoided. 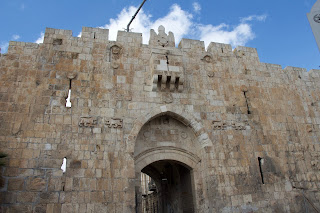 When we desire to honor the Lord no matter what, one thing we can always be guaranteed of is that we will encounter attacks from the enemy and opportunities to look for an easy way out. I want to be known, right down to the very end, as someone who will battle with courage and integrity and not always look for a "loophole" in order to protect myself.

God has given us spiritual armour to protect ourselves with on a daily basis...

Ephesians 6:10 A final word: Be strong in the Lord and in his mighty power. 11 Put on all of God’s armor so that you will be able to stand firm against all strategies of the devil. 12 For we are not fighting against flesh-and-blood enemies, but against evil rulers and authorities of the unseen world, against mighty powers in this dark world, and against evil spirits in the heavenly places.
13 Therefore, put on every piece of God’s armor so you will be able to resist the enemy in the time of evil. Then after the battle you will still be standing firm. 14 Stand your ground, putting on the belt of truth and the body armor of God’s righteousness. 15 For shoes, put on the peace that comes from the Good News so that you will be fully prepared. 16 In addition to all of these, hold up the shield of faith to stop the fiery arrows of the devil. 17 Put on salvation as your helmet, and take the sword of the Spirit, which is the word of God.
18 Pray in the Spirit at all times and on every occasion. Stay alert and be persistent in your prayers for all believers everywhere.

I also love how it's put in The Message...
Ephesians 6:10-12 And that about wraps it up. God is strong, and he wants you strong. So take everything the Master has set out for you, well-made weapons of the best materials. And put them to use so you will be able to stand up to everything the Devil throws your way. This is no afternoon athletic contest that we’ll walk away from and forget about in a couple of hours. This is for keeps, a life-or-death fight to the finish against the Devil and all his angels.
13-18 Be prepared. You’re up against far more than you can handle on your own. Take all the help you can get, every weapon God has issued, so that when it’s all over but the shouting you’ll still be on your feet. Truth, righteousness, peace, faith, and salvation are more than words. Learn how to apply them. You’ll need them throughout your life. God’s Word is an indispensable weapon. In the same way, prayer is essential in this ongoing warfare. Pray hard and long. Pray for your brothers and sisters. Keep your eyes open. Keep each other’s spirits up so that no one falls behind or drops out. 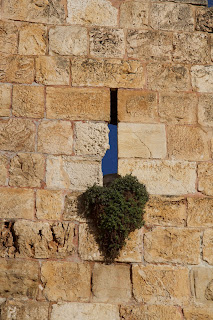 Lord, thank You that you desire to teach us in such cool and amazing ways wherever we may go! Thank You for the opportunity you gave Tim and me to travel to Israel and thank You for so many spiritual insights that You allowed us to be made aware of throughout our journey. I don't want to look for loopholes, Lord. I want to battle courageously right down to the very end. Thank You that You have given us everything we need to equip ourselves for the battle. Now help us battle well!!
Posted by barbcash.com at 2/06/2018 10:49:00 AM