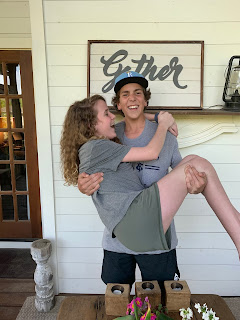 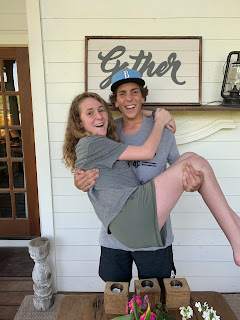 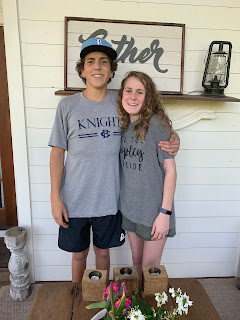 These 2 are 19 months apart and have always been best friends! KK once bought Hannah a sign that said something about his sister being his best friend and the lady in the store asked him if that was true and he said, “Yep! And now she has the sign to prove it!”
They’ve always liked to do everything together and now...we have the test to prove it!! Yep, KK’s sweat test came back positive and he, too, has been diagnosed with CF!! He actually says he’s going to tell people he has FC...since he’s dyslexic!!🤪
Truthfully, as soon as she was diagnosed I pretty much knew he would have it, too, based on his symptoms of “asthma” (which it can often be diagnosed as) and recurrent nasal polyps. We KNOW that Caleb is fearfully and wonderfully made and that this has NOT caught the Lord by surprise. We don’t really know what it looks like for him because he is generally pretty healthy, but he will begin attending the CF clinic every 3 months with Hannah starting May 14.
We SO appreciate everyone’s prayers and encouragement and are so thankful for our community near and far!!! We love y’all!!
Posted by barbcash.com at 5/03/2019 08:20:00 AM