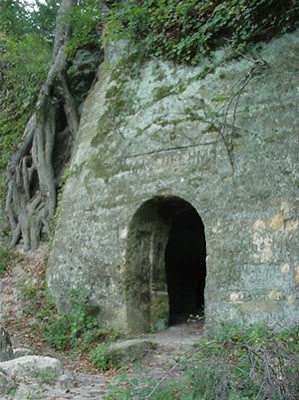 As I ponder Easter and all it holds for us, I have been contemplating what life must have been like on that Saturday after Jesus died. I imagine it was a very somber day...a day of grief and hopelessness for many! They had followed this man and listened to His words. They had heard what He said and had even begun to allow the truth of what He shared to take root in their hearts. The promise of a Messiah seemd to really be walking among them in flesh and blood.

But then Friday came and He was crucified. He died a painful and bloody death, publicly humiliated for all to see. His followers, even His closest band of brothers wondered if they had misunderstood. Where they duped into thinking this man who claimed to be the Son of God really was who He said He was?

Saturday seemingly must have been a day of soul-searching...of trying to come to grips with what had happened and what was the future going to hold now. After all, He said it was going to go down like this. He had told them He was going to be killed, but He also promised that on the third day he would rise again! Could He really be trusted?

I grappled with some of the same questions and soul-searching 25 years ago as I embarked on a spiritual journey to see if Christ could be trusted...could I really take Him at His word? I read and I prayed, I asked questions and waited for answers. Slowly but surely, the truth of Christ and the life He had to offer began to dance within my heart and and His resurrection power changed my life!

The same Christ Who overwhelmed death, hell and the grave and busted out of the tomb that first Easter morning can set you free from the chains that have kept you bound and allow you to walk in the freedom which leads to eternal life!

Below I have linked to one of my favourite songs to listen to as I allow the truth of what took place that morning to wash over me. As the sun began to rise and the birds began to chirp, as people began to mill around and go about their day, it was discovered that a large stone was out of place and a tomb that on Saturday had held the body of One crucified now stood empty for all to see!

Hallelujah He is risen!