Signs I Need to Get Out More! 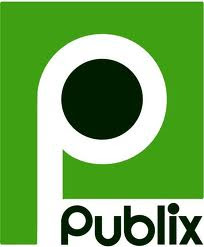 Okay, you all know I am a SAH home-schooling mama, right? I had a very vivid reminder tonight that I really do need to get out more. What happened you may ask?
I had the best time at Publix tonight!!!
Isn't that weird to say that one of the highlights of your week was the time you had at a grocery store on a Wednesday night? I mean really! I really did have a blast, though.
I met a new friend in the deli dept. and we bonded over the heat because we are both northern girls. She is from Montana and I am from Toronto. She has only been here for a year and I am not sure I encouraged her that it gets much better. I am looking 17 years of GA residency in the face and I still melt and get a tad grouchy this time of year. At any rate, before I knew it she was high-fiving me and we were laughing like schoolgirls.
Then I spotted a man in a Toronto t-shirt and made a bee-line for him to see if he was a fellow Torontonian. He actually had never even visited the city, but had a friend who brought him a t-shirt. I assured him if he ever got to go he would love it!
I bumped into my new friend, Erica, again in the dairy section and we talked for another 15 minutes. We found out about each other's families, what brought them to this area and laughed about the propensity of people in the south to clean out whole sections of the grocery when the "s" word (SNOW) is mentioned. We parted ways with promises to be on the lookout for each other from now on on our future trips to Publix.
I moved about 6 buggy lengths from the dairy and bumped into a friend whose son is KK's "best friend". We chatted for a while and laughed and laughed. Then I bumped into a friend I hadn't seen in a couple of years and he and I spent about 30 minutes catching up and sharing what the Lord has been doing in each of our lives. What a treat it was to reconnect!
I had such a good time that I almost hated to leave. The only thing that would have made it better would have been if Mr. Hugh, the bagger, was there! Mr. Hugh is my buddy and we love to talk and laugh whenever we see each other ~ after he gives me a big hug, of course!!
Tim always love to joke with me that Jesus had a "public" ministry and I have a "Publix" ministry! I think he just may be onto something!! ;O)
Posted by Barb at 8/11/2010 08:50:00 PM