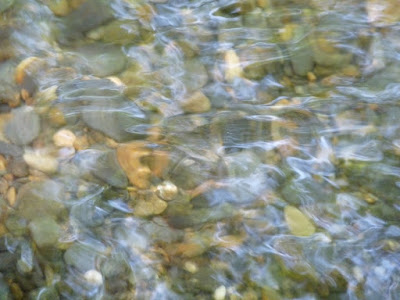 Do you ever experience something and then wish with everything in you that you could have a do-over? That's kind of how I feel about yesterday and my anonymous poster! I have thought about what happened a lot and I have asked the Lord what I should have done differently. I have looked at scripture where Jesus was accused and I realized I allowed my "self" to get in the way and that makes me sad.
Now, know that the encouragement I received from many of you meant so much, but I really did respond in a manner that wasn't necessarily in keeping with how Jesus would have done it. When He was accused he remained silent. When He was accused he didn't respond with accusations of His own. He just wore it.
The purpose of my blog is for me to record what the Lord is showing me so that I can try and eliminate all the swirling thoughts in my head. Once I have pondered it and recorded it then I can move on to something new. The fact that I put it out here for all to read means I run the risk of having people disagree with me. I think I am almost okay with hearing whatever criticism is out there (although I'll probably always wince a little at first ;O) ), I just struggle with it being done in anonymity.
It's not even just being criticized anonymously. I got frustrated a few years ago when someone put an anonymous note in our mailbox during the building of our basketball court because they thought we were building a garage and were in violation of neighbourhood covenants. Just be man or wo-man enough to face people with your issues...don't hide!
I have not arrived in understanding how God works, what He wants for me to do or even what He likes to be called. I do think my heart is pure in wanting to know Him and I do try and accurately portray Him in my writings. For me, calling Him Daddy, Papa, Abba or any other term of Fatherly endearment just reminds me that, while He does desire my obedience, He longs to hear my heart. There is no irreverence involved...just a longing to know Him a little more intimately today than I did yesterday.
With that being said, I would like to publicly apologize to anonymous for expressing my frustration on a public forum and I would like to publicly apologize to my friends for putting them in a position to feel the need to defend me when no defense was really necessary.
Today is a new day with new mercies and new opportunities to learn from Him. Let's not waste that gift!
Posted by Barb at 2/02/2011 02:31:00 PM